Dolphins have signed sack master Cleyon Laing of the CFL 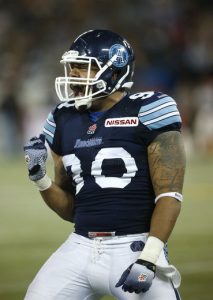 Barry Jackson of the Miami Herald reports that the Dolphins have agreed to terms on a three-year deal with Cleyon Laing. Laing has spent the last three years playing for the Toronto Argonauts and recorded 15 sacks in 35 games with the team.

He was selected ninth overall by the Argonauts in the 2012 CFL Draft, but finished his college eligibility before signing with the team on May 15, 2013. He played college football with the Iowa State Cyclones.