Detroit Lions are not expected to re-sign safety James Ihedigbo 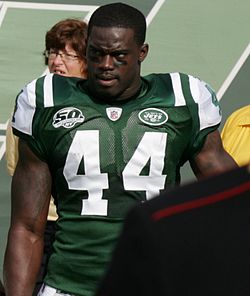 Lions are expected to move on from safety James Ihedigbo

According to Ian Rapoport of the NFL Network, the Lions are moving on from safety James Ihedigbo. The Lions reportedly told both Stephen Tulloch and Ihedigbo that they are moving on.

He was signed by the New York Jets as an undrafted free agent in 2007. He played college football at Massachusetts.

Ihedigbo started 21 games over the last two seasons for the Lions. After a solid 2014 season that saw him have four interceptions and three forced fumbles, Ihedgbo lost his starting job to Isa Abdul-Quddus.  If the Lions expect Abdul-Quddus to replace Ihedigbo then they will need to re-sign him as well, because he is an unrestricted free agent.