Last week A noise complaint led to the arrest of an Indianapolis Colts player on possession of marijuana.

Jonathan Newsome was arrested last Wednesday after police arrived to his house for a loud music complaint.

During the investigation, officers found marijuana on the premises.

Police said Newsome cooperated with authorities as he was taken into custody on two counts of possession of marijuana and transported to the Boone County Jail.

The Colts drafted Newsome out of Ball State University in the fifth round of the 2014 NFL Draft. He led the team with 6.5 sacks in his rookie season in Indianapolis.

Today he tweeted that he was released: 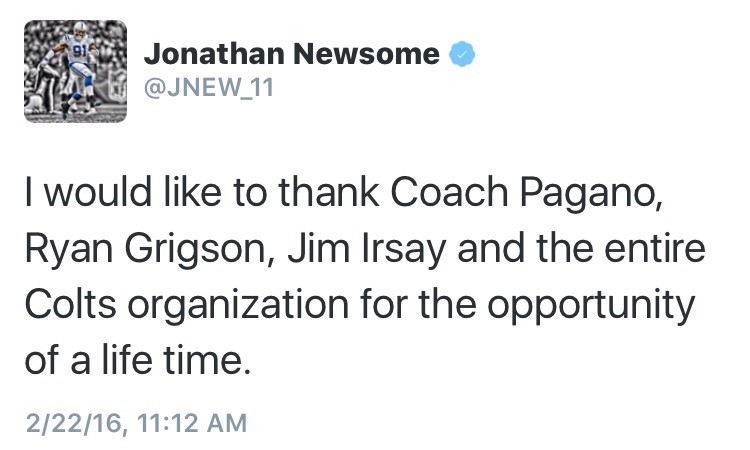