Broncos have signed TE Richard Gordon to a futures deal 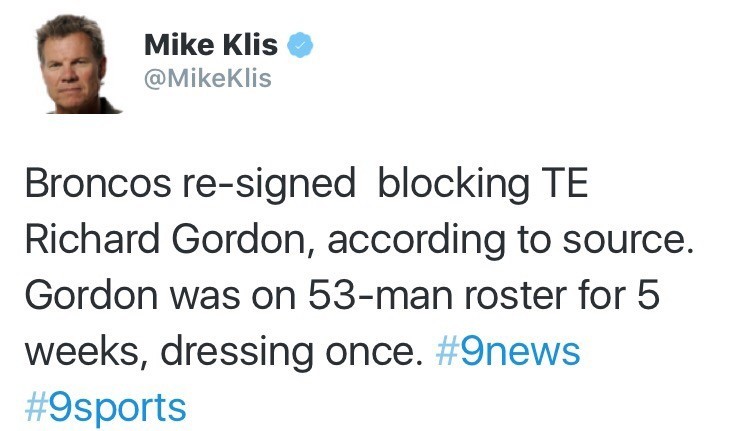 He was drafted by the Oakland Raiders in the sixth round of the 2011 NFL Draft. He played college football at the University of Miami.

Gordon has played for a handful of teams, but he sticks around because of his pure athleticism, and ability to block.