Breaking: Giants are set to work out two players from across the pond 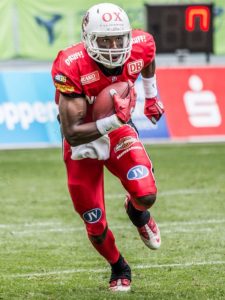 D’Anthony Dable’ already has over 5 teams interested in him. Giants will likely fall in love with the tall wide out from France.

The New York Giants will be the first team to utilize a program that the NFL and NFL UK have developed to assist players from overseas land on the radar of NFL teams.

We are learning that the Giants will host both Harry Innis and D’Anthony Dable’ this week in New Jersey.

Harry Innis is a 6’7 tight end who we have featured many times on NFL Draft Diamonds. Innis is a tall tight end with soft hands. He entered the new program assisted by the NFL and former NFL player Osi Umenyiora a few months ago.  Innis has the same size/attributes as Rob Gronkowski. He has been playing American football overseas and was a stud for Kiel Baltic of the German Football League, and finished last season with Senajoki Crocodiles.

D’Anthony Dable’ the 6’4 physical wide out is another player who will be visiting the New York Giants next week. Dable’ is a very quick player with great hands. Both players played overseas and both were standouts in their conferences. This program is intended to get players from overseas here in the United States and help them get a shot from an NFL team. Here is Anthony’s film from New Yorker Lions. 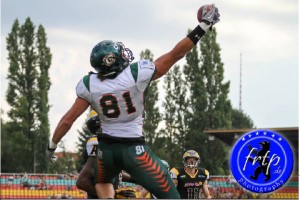 Both players have multiple teams interested in them right now, but their first stop is New York, Umenyiora’s former team.  If they not signed by March 5th, both players will attend a Regional Combine in Minnesota.  Both players are currently considered a free agent and if signed would be signed to a rookie deal, even considering both are over the age of 26.
Related TopicsGiantsgiants draft pickgiants draft prospectgiants draft rumors and rantsgiants news and notesgiants notesgiants rumorsNFL Giantsnfl new york giants