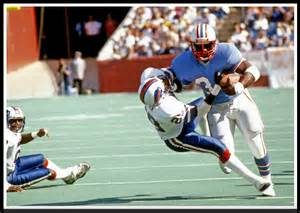 The NFL needs to look into funding a program for CTE, do you agree?

That is not good, so yesterday when Dr. Mitchel Berger, a member of the league’s head, neck and spine committee, repeated the league’s long-held contention that there is no definitive link between football and the degenerative brain decease chronic traumatic encephalopathy, or CTE, one person went bananas.  That person was Chris Nowinski the executive director of the Concussion Legacy Foundation, who claims the NFL denied Boston University funds to continue to study CTE.

“I don’t know why Dr. Berger would stand here and say those things,” said Nowinski, “other than try to diminish the well-established link between CTE and football.”

When asked whether the NFL was making a good-faith effort to study the effect of concussions, Nowinski said no. He called the league’s decision not to fund a Boston University study — meant to identify ways to diagnose CTE in living people and find a treatment — a “slap-in the face to families suffering through CTE.” Nowinski works with the BU CTE Center, which has identified CTE in more than a 100 former players. The NFL has denied pulling funding for the study.

I honestly think the NFL should fund a program to look into CTE, do you agree?