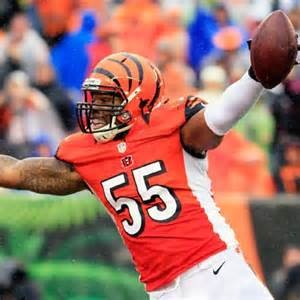 Vontaze Burfict has been suspended for the first three games

The Bengals linebacker was handed the suspension after a brutal hit on Steelers wide receiver Antonio Brown that caused a concussion.

Burfict met Thursday with NFL commissioner Roger Goodell, at Burfict’s request, to discuss his behavior and what to do going forward.