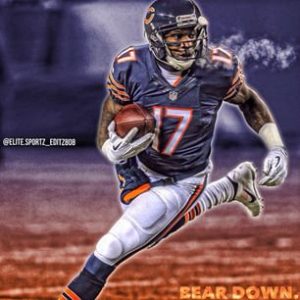 Adam Schefter of ESPN reported Wednesday the Bears are expected to retain Jeffery through one of the two avenues. General manager Ryan Pace confirmed talks are ongoing, according to the team, and said tagging the wideout is “an option.” Rich Campbell of the Chicago Tribune passed along further remarks from the GM on the issue.

Bears are expected to retain WR Alshon Jeffery, either by signing him to long term deal or tagging him, per sources.

Jeffery had a rough 2015 season that limited him to just nine games due to injuries. Jeffery still managed to rack up 54 receptions for 807 yards and four touchdowns. Those numbers were down quite a bit from his previous two years.