49ers will meet with Colin Kaepernick’s representatives at the Combine

The future of Colin Kaepernick could be unfolding soon. According to Matt Barrows of the Sacramento Bee, Kaepernick’s representatives and the 49ers are expected to talk about his deal at this week’s NFL Scouting Combine. 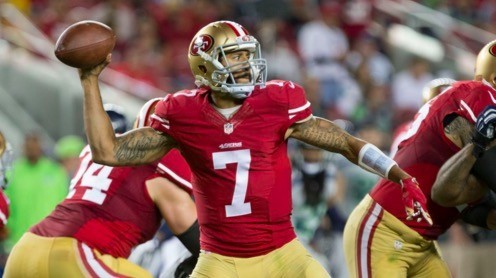 It’s unclear what will be discussed. The 49ers will owe Kaepernick his full base salary of $11.9 million if he remains on the roster April 1.

Barrows also states the 49ers will meet with several others regarding their contracts.

The 49ers, for example, are expected to meet with the agents of their biggest free agents, a list that includes wide receiver Anquan Boldin, guard Alex Boone and nose tackle Ian Williams.