The Man behind the K-Gun Offense has passed away 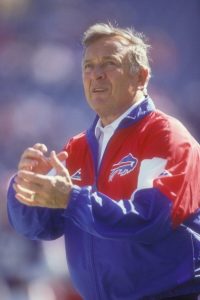 Today the NFL lost a very amazing football mind. While Ted Marchibroda may not be a well known man by fans, but behind the scenes he was a legend.

On Saturday, after confirming the death with his family, the Indianapolis Colts announced that Marchibroda died at age 84.

In 1987, he was hired by Marv Levy in Buffalo, which is where Marchibroda introduced the groundbreaking K-Gun offense. The Bills used that version of the no-huddle offense to win four straight AFC championships, and the principles are still used in today’s more modern offenses.