The Philadelphia Eagles lead candidate for their open Head Coaching vacancy is a former player according to ESPN’s Adam Schefter.

Chiefs OC Doug Pederson expected to be a leading candidate for Philadelphia HC job, per sources. Pederson coached in Philly from 2009-12. 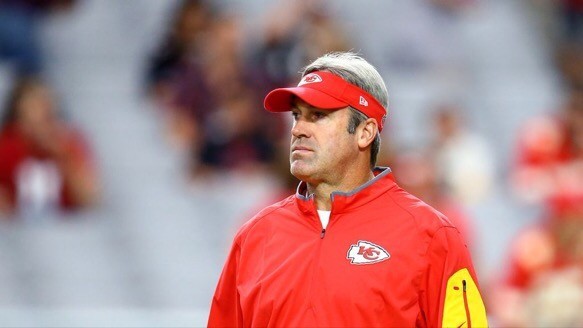 Pederson is certainly a familiar face. The eight-year NFL veteran played quarterback for the Eagles in 1999. He joined Philadelphia’s coaching staff as an offensive quality control coach under Andy Reid during the 2010 season. Pederson was later promoted to quarterbacks coach before leaving Philadelphia in 2013 to become Reid’s offensive coordinator in Kansas City.
Related TopicsEaglesNFLPhiladelphia