Report: Calvin Johnson has told the Lions staff that he plans to RETIRE 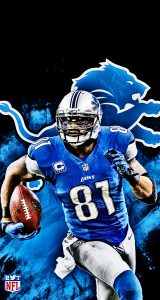 Is Calvin Johnson done? It sure sounds like it

Could Megatron be MegaDone with football?  It sure sounds like it.  According to ESPN, Detroit Lions star receiver Calvin Johnson told his family and a close circle of friends before last season that 2015 would be his final year in the NFL, and he delivered the same message to coach Jim Caldwell the day after the regular season ended.

Caldwell told Johnson not to rush his decision — to take his time, sources told ESPN. Out of respect to Caldwell, Johnson agreed to do just that, according to sources.

The Lions have not given up hope that Johnson could change his mind, but one person who knows Johnson well said, “He’s pretty content with his decision.”

Calvin Johnson is expected to retire. He has the 2nd most receiving yards before his 31st birthday in NFL history. pic.twitter.com/NQw0u5a5X8