Rams have promoted wide out Nick Toon to their 53 man roster; Place DB on I/R 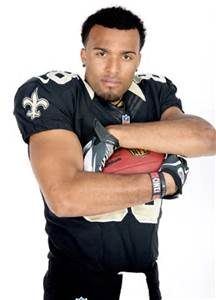 The St. Louis Rams promoted wide receiver Nick Toon to their active roster, after placing defensive back Eric Patterson on the injured reserve. Toon played college football at Wisconsin and was drafted by the New Orleans Saints in the fourth round of the 2012 NFL Draft. He is the son of former New York Jets wide receiver Al Toon.

During his two seasons with the Saints, he appeared in 16 games, made 21 catches for 283 yards and 1 touchdown.