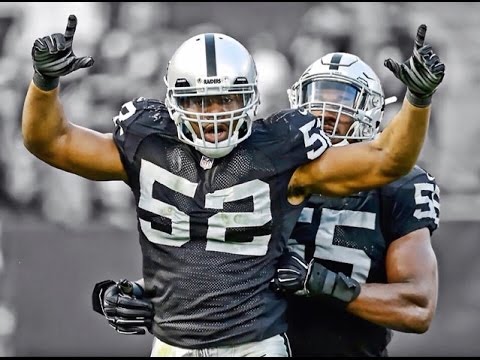 Khalil Mack is a special player and this week he made history.  The former University of Buffalo linebacker was the first player to EVER win an All-Pro award in two different positions.

Mack’s versatility and relentlessness earned him selection at two positions on the 2015 Associated Press All-Pro Team, an NFL first. The second-year Oakland Raiders defensive end and outside linebacker drew enough support Friday from a panel of 50 media members who regularly cover the league to make the squad in both spots.

When the 2015 Associated Press All-Pro Team was announced, Mack found himself on it not once but twice. He appeared on defense at two positions: defensive end and linebacker. Naturally, that’s first time a player has appeared on the first team twice at two spots.

I wonder if the Houston Texans are upset they didn’t draft Mack over Clowney?