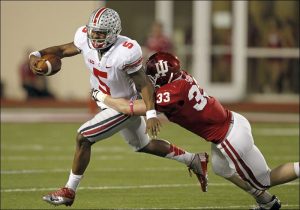 I’ve gone and spoke at multiple little league practices and got to talk with kids about work ethic and what it takes to get the privilege play college ball and to be able to make it out of the small town in which I’m from.

My father is my role model. He has worked extremely hard to provide for our family and still does. He’s shown us how to be successful and what it takes to succeed in life.

In HS I played Fullback and Tight End. In college I also played Defensive End.

I’m versatile. I have the power and physicality to stop the run, I can rush the passer when needed and I can also drop back in coverage to defend the pass.

I look for snap count keys, I look for what the QB and center do before snapping the ball. I also look for different stances in lineman and tight ends to see if they’re tipping run or pass and the depth of the running back and where he’s positioned on run or pass plays.

James Harrison, because he’s a very powerful player. He’s physical and is versatile in the run and pass game. 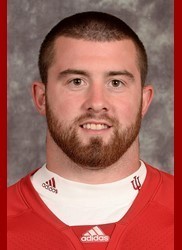 I would say that I’m an extremely hard worker, I give 110% in everything I do plus more. There won’t be any on or off field issues and I would be a valuable player for the team.

A new car for my mother.