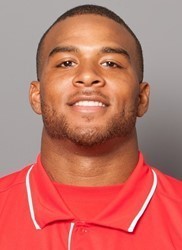 Travis Green is a ball hawkin safety with great quickness. The former K State player is a solid prospect

University of New Mexico.  I also played at Kansas State.

The coolest thing I’ve done off the field was after I graduated from Kansas State I went to an Elementary school and talked to a group of 6th graders that were going into middle school.  My main message to them was that they are in control of their own destiny and sometimes being different and choosing their own path is way cooler than following someone else’s.

My God Mother is my role model, she is a perfect example of a diamond in the rough who has done so much with her life and for others, including me.  I don’t just do this for myself.  I work hard for all the people who believe in me.

I also played Basketball and competed in Track and Wrestling.

My ability to hit and track down the ball going 1,000 mph.

Consistencies, patterns, gestures of the QB, formations, the motion guy, any weaknesses or loop holes in the opponent’s offense. 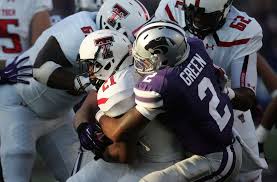 John Lynch! Hard hitting safety that was relentless to the ball.

Being able to get out of the Omaha cycle of life and leaving the gang banging behaviors in the past. I was able to get a second chance by playing ball in high school and have made the most of opportunities to be the best person I can be. I made school and football a priority.  I have been able to be different and take my own path, and have also opened up avenues for young people who needed proof that there is a way out.

Before every game, as a DB group we say a few words then pray. I always tell the DB’s that we the only airport that don’t sell tickets…because its a no fly zone! So that’s my rituals.

My biggest strength is my will to want.  I always want to be the best or be better than I was yesterday. I’m a good listener and if you don’t listen you won’t learn, and if you listen you learn something new everyday.

I’m my own worst critic.

I will work hard, show up on time, and get my job done.