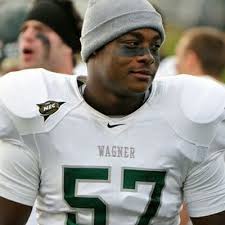 Played the role of Macavity in Wagner College’s Main Stage production of Cats the Musical. The Wagner College theater program is ranked #1 in the nation according to the Princeton Review.

Born in Newark, NJ, but raised in Bethlehem, PA.

To be honest, I don’t have anyone I want to be like, but I do take certain attributes from different people (celebrities, family and friends) and use them when I feel they’re needed.

I was on many different teams growing up. I was apart of the swim, volleyball, basketball, track & field and wrestling teams.

Running back, full back, guard, defensive tackle, and nose tackle.

Tendencies, errors, habits, areas of improvements, and level of competition.

Troy Polamalu because like myself he is very exciting to watch and is always there when the team needs him.

I have endured many obstacles in my life and I’ve come to the realization that all obstacles require you to simply push through and move forward. Life goes on and time heals everything. 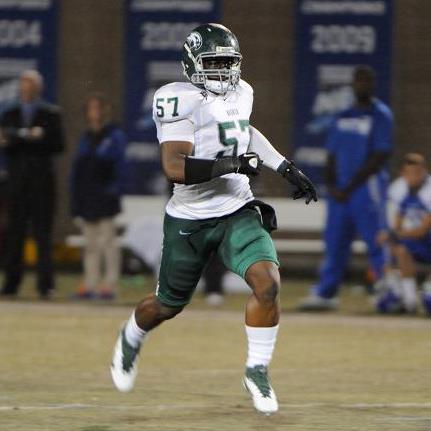 All of my gear has to be extremely neat. (Ex: Socks turned a certain way and tape wrapped to a certain degree) Locker has to be organized. I have to take a poop. Music playlist. Prayer. I like to sit in darkness to help me get into character.

If it’s an actual second, I would say “give me five more seconds..”

Giants because my cousins both played for them. Amani Toomer and Ron Dayne. My favorite player is Luke Kuechly.