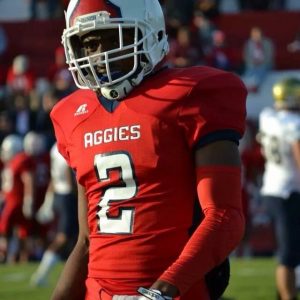 The coolest thing I’ve done off the field was volunteer at a day care. I was able to read to the kids play games with them and was able to brighten their day when in reality they brightened mine.

Hardest college class would have to be criminal law

My brother is my role model!  Just seeing him go through college playing football as well and graduate, and making a life for himself, has showed me that football isn’t everything in life and that it might not be for certain people.

I ran track and played some basketball

I played WR for 4 years in college and after the first two game of my senior year of college ball I started playing CB.

When ever I’m breaking down film I look for how the WR release his footwork what he does when he’s about to break down into a route or break into a route I look to see if he’s physical or not, I watch to see how he catch whether or not he catches the ball away from his body or with his body. When I played WR I watched to see if he’s aggressive with his press, if he lunge or not. I look to see if his hips are slow I look at his footwork so I could practice on a certain release that I know will destroy him. 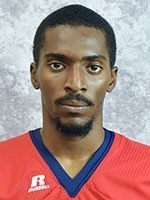 It would have to be Eric Berry. He has to be one of the most dedicated players in the game today and he’s physical and a great open field tackler.

Getting out of Chicago had to be the biggest obstacle I’ve faced that I’ve overcome. I overcame it by praying and putting in the work on the field and in the classroom  to get to where I am today. A lot of people don’t make it out of Chicago and I’m blessed to be one of the few to make it out.

A pre-game ritual that I’ve always done was go out on the field and lay there and tell myself that I will do anything in my power to help my team come away with a W. I would also pray and thank God for the opportunity that he has given me.

I feel I have to overcome the negativity that people will throw your way. Coming from s small school people would say that you’ll never make it to the next level. And with something like that being said you have to block it out and prove them wrong.

Biggest weakness would have to be working on my zone coverage.

I would be a great asset to your organization. My work ethic, my smarts, and my willing to want to be more for my team will out shine anyone. I’ll play any position and will be dedicated to learning that position so that I could execute it in every aspect possible.

My mother and father a house out of Chicago