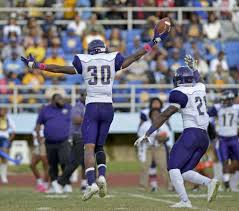 PVAMU defensive back Nick Brewer is a hard hitter with speed

Giving back is a major responsibility that I hold myself accountable for. Every December since 2009 my family and I would host Christmas parties in Liberia (West Africa) to help uplift the less fortunate. At these events we would shower kids with gifts, wise words, food, and even helped put deserving kids through school. During this time I fell in love with being a humanitarian. This is by far one of my coolest experiences.

The hardest college class I’ve taken would have to be microeconomics.

Although this question is simple, my life experiences complicates this answer. I was born in Silver Spring, Maryland but due to different opportunities my mother had faced we were nomadic. After leaving Maryland we moved to a number of places before arriving to Allen, TX where my football foundation was laid.

Even though this may be cliché my role model would have to be my mother Matilda Parker. Also known as superwoman, my mother has faced obstacles and tribulations that may seem unrealistic to some. Through all of her struggles my mother has still been my motivator, teacher, counselor, and most of all my best friend.

Growing up in a single parent home my mom relied on sports as a way for me to receive fatherly guidance as well as be productive. Before I touched a football field I played roller hockey. Along with roller hockey, I also played soccer and was a keen track star.

When I began football at the age of 8, I started as a running back, up until my high school career. During high school I noticed a lack of defensive backs and thought it would be a great opportunity to accomplish my goals of becoming a varsity player as a sophomore. Because of my athletic ability I was able to make this transition smoothly. 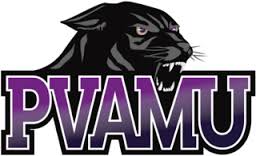 At my position there are many traits that separates me from others. My game speed coupled with my relentless attitude makes me a game changer on the field. I’m a multi faceted player that excels in all defensive back positions. Not only do I effectively play my role as a defensive back, I also put my stamp on the special teams by blocking kicks and making key plays resulting in momentum changes.

I’ve learned the importance of watching film while in high school. Whenever I break down film I key in on role players and my personal match up. On the special teams side of the ball I study the kickers snap count and how many steps he takes before the kick.

Throughout my football career the toughest player I’ve ever faced was myself. I steadily motivate myself to be better than I was yesterday. With this mentality it has pushed me to go beyond my limits and excel within my football career.

I was 15 years old when I  was faced with the biggest decision of my life. My mother had received an opportunity to work in her home country, Monrovia, Liberia. This opportunity left me with an ultimatum, either follow my mother to Liberia or fight for my new love which was the game of football. I later made a conscious decision to follow my dreams not knowing that it would soon to be one of the biggest obstacles I face.

My pre-game ritual is very important to my success. Yet, this ritual does not only apply to pre-game situations.  Prayer and giving thanks for another opportunity to do what I love is my ritual. I believe that without the power of the most high I would not be able to be the man he has attended me to be.

As a small school football player there are many obstacles to overcome in order to make it to the next level. One of the biggest obstacles is the lack of exposure. I’ve learned to overcome this obstacle by working harder than anyone in my path.

My biggest strength is my leadership. On the field and off the field I’ve grown to be in a leadership position. This strength helps me to motivate my team through tough situations.

My biggest weakness is myself. Throughout my life I’ve noticed that the only thing that can stop me from accomplishing my goals is myself. With this understanding I’ve learned to stay discipline while maintaining a positive mindset.

Sir I’m a game Changer! I have the ability and skill to play all positions in the secondary as well as being a major contributor in the kicking game! My relentless effort and passion for the game is contagious and I believe any team in the NFL could utilize me immediately!

Growing up I watched and admired Deion Sanders. He inspired me to approach the game with a unapologetic confidence yet still humble enough to put all the work in.

If I could have dinner with three people dear or alive it would be Jesus, Eric Thomas, and my Grandfather. I choose these people because they all preached peace and stood for something bigger than them.

A stable home environment for my family to always be able to come to.