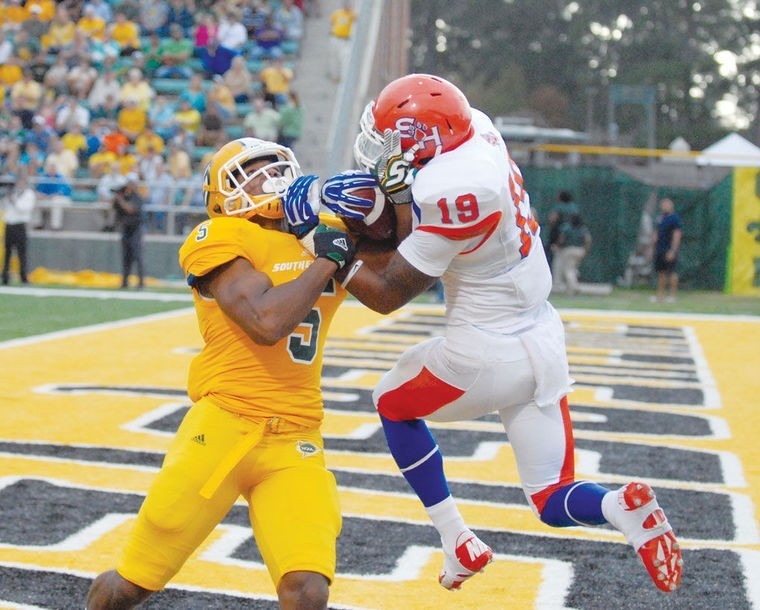 On Thanksgiving, gave turkeys to kids and their families at their elementary school.

I am originally from New Orleans but I went to school in Dallas.

My father is my role model because he has always put my mother and I before himself. He is the type of man I want to be as I grow older.

I played basketball and track. Finished 3rd in the State of Texas in the 400 meter my senior year. Time was 47.8

I have played running back while also playing receiver growing up

Knowledge of the game. Also, I try to use my speed as an advantage every chance I get

I study the corners/safeties and their tendencies. How they are in press vs. off coverage. Their balls skills. Hips

There was a cornerback from McNeese State. I do not remember his name but his number was four.

Tavon Austin and because of his versatility. He moves around a lot on the field. His receives handoffs, sweeps, and also does return.

Becoming a Dad at 17 years old. I was still so young and had to grow up fast. I had to learn to put my daughter before myself. Change my ways.

I do not have pre-game rituals. I just listen to Lil Wayne before every game.

My biggest strength is my speed and versatility.

My biggest weakness is my height/size for my position.

I am not only a good player but I am a better teammate. I will do anything I have too for the better of the team. I am a hard worker and will be dedicated to my organization.

My favorite team has always been the New Orleans Saints. My favorite player is Reggie Bush.

I would have dinner with Reggie Bush, Lil Wayne, and Chris Paul.

If I am blessed enough to play in the NFL, the first big item I would buy is my parents a house of their choosing.