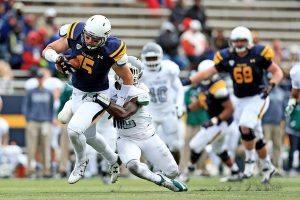 I’ve been on 6 mission trips. Most recently I went to Nicaragua over spring break and we did construction on a church and visited multiple orphanages

I took a sales class where we had to do a series of role plays. There were two two competing classes and we sold copiers to a fictitious hospital. There was a purchasing class and the students from that class took on the role of the hospital. It was a lot of work and preparation, and then you had to execute it to get a good grade.

My father. He has shown me how to work hard

I played basketball, ran track, and did powerlifting

I believe I have the ability to be a duel threat. I can get open and catch the ball well and I am a good blocker.

I look for tendencies of players, top coverages, blitzes, and fronts. I like to really dissect players I’m going to be seeing a lot of like defensive ends or different linebackers or nickel players that will be covering me

My grandma lived with us growing up and she was like my second mom. When I was junior in high school she passed away and I really struggled with it. But I was able to overcome it by sticking close to family and prayer. 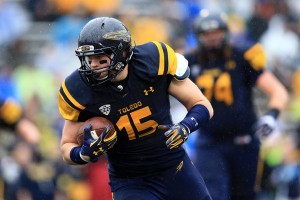 I work hard and have a servants heart

Growing up I used to love watching Mike Vick play. I became a patriots fan when they beat Kurt Warner and the Rams in the super bowl!

C.S. Lewis, the Apostle Paul, and Will Smith

Probably an apartment to live in and stuff for it like a mattress and kitchen supplies.