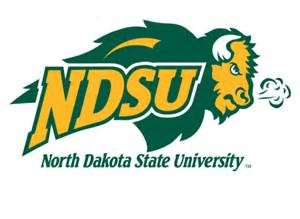 North Dakota State University have an opportunity to win their 5th straight championship!!!!

Today North Dakota State University will attempt to win their fifth consecutive FCS Championship in a row. They will get quarterback Carson Wentz back today which should give the Bison a huge spark.

Both teams are packed with NFL talent, but today will be a gun fight.  Both teams will be ready, and I think this game will go back and forth and both teams will put up around 40 points.

It will come down to turnovers and both teams do a good job on defense.  I think the Bison have the upper hand and I predict they win their fifth consecutive championship in a row.

Carson Wentz throws for 315 yards and leads the Bison on a comeback win in the 4th quarter with :58 seconds left.  The team hits Zach Vraa in the corner of the endzone for the game winner.  Wentz has NFL scouts in love with him after recovering from surgery on his throwing hand and the NDSU Bison make history again.