It wasn’t long ago that Panthers fans wanted Josh Norman released; Now they LOVE Him

Josh Norman has not always been the shut down corner in the Carolina Panthers fanbase eyes. Shoot the young corner from Coastal Carolina was actually in the dog house of Ron Rivera and on being ridiculed hard by the fanbase. Now the Carolina Panthers speak a different tune about their lock down corner.  It is great that the fans are on board with the confident corner, but let’s review some old tweets for good time sake.  Oh by the way there is some really harsh verbiage. I apologize in advance. 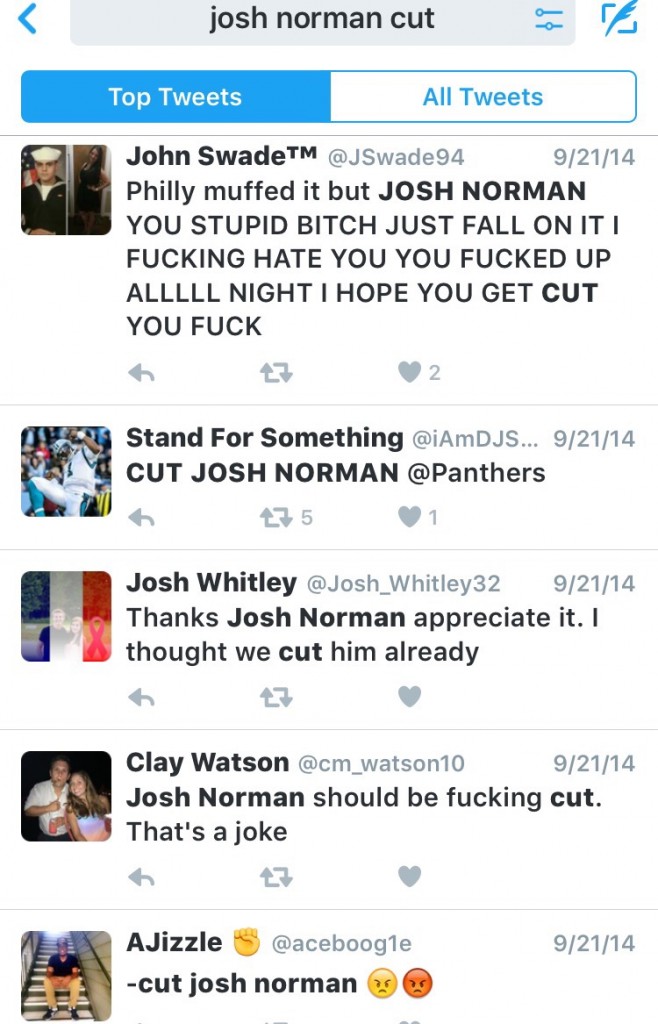 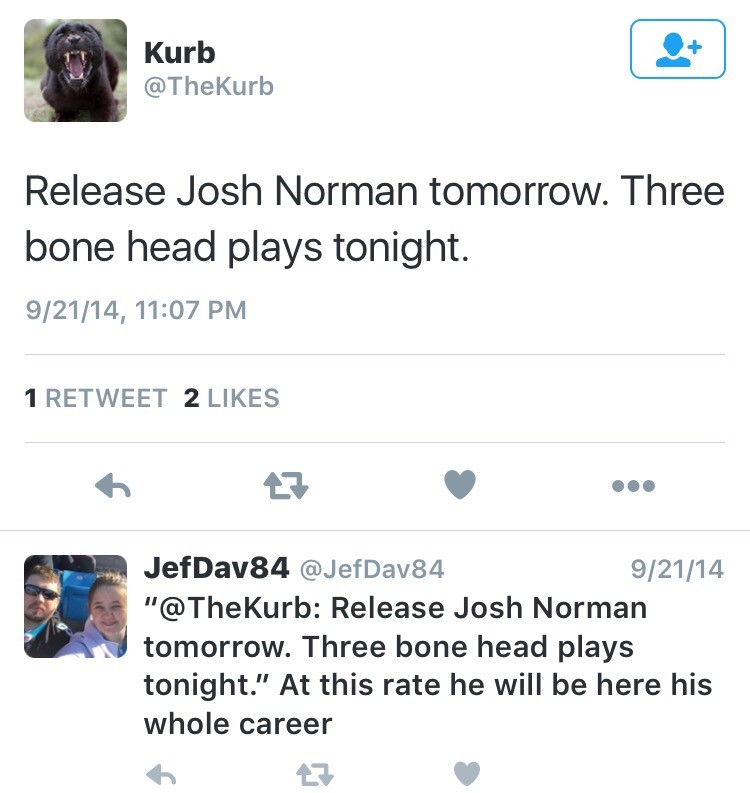 Norman even spent time inactive. The Panthers signed Drayton Florence a veteran cornerback to start over Norman because he was not playing well.  Florence started the entire preseason but was released before the start of the season. It was so bad though that he was re-signed week three of the regular season to replace Norman. 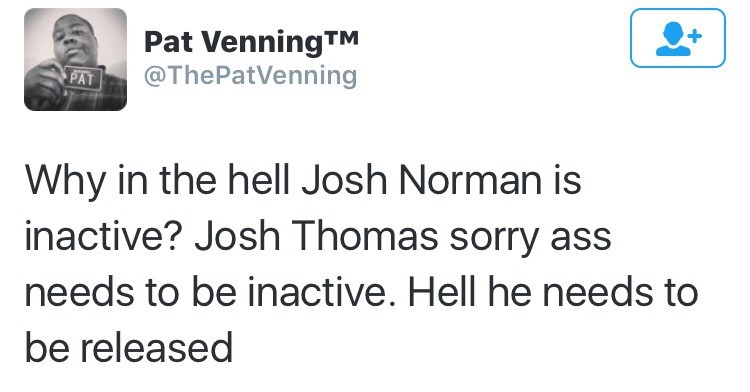 Norman then had the scuffle with Cam Newton this preseason, and people were still calling for his head.

The best part of all is at least one fan was will to admit he made a mistake….

Listen folks, this message is simple. You have to let a player grow, especially a player from a small school.  You cannot just write them off.  I bet you many Panthers fans learned a valuable lesson. Josh Norman is about to become one of the highest paid corners and the league, and just think. A couple years ago his own fan base thought he was a joke.

It sounds like the Panthers never really wanted to keep Josh after all….

NFL Draft Diamonds was created to assist the underdogs playing the sport. We call them diamonds in the rough. My name is Damond Talbot, I have worked extremely hard to help hundreds of small school players over the past several years, and will continue my mission. We have several contributors on this site, and if they contribute their name and contact will be in the piece above. You can email me at nfldraft[email protected]