Colts legend Reggie Wayne says he hanging up his cleats 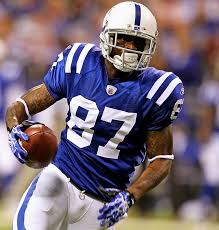 Reggie Wayne was a legend in a Colts uniform, and according to Channel 4 News in Indy, he is hanging up his cleats. When asked by Mike Chappell if he was done, his response was simple.

“It was fun, but it’s time. It’s just time. Whenever you can admit that you’re done, you know you’re done.’’

Wayne, 37, is expected to make an official announcement in the next few weeks, after 14 seasons and 232 games.