Coaching rumors around the league: Who has interviews, who is out? 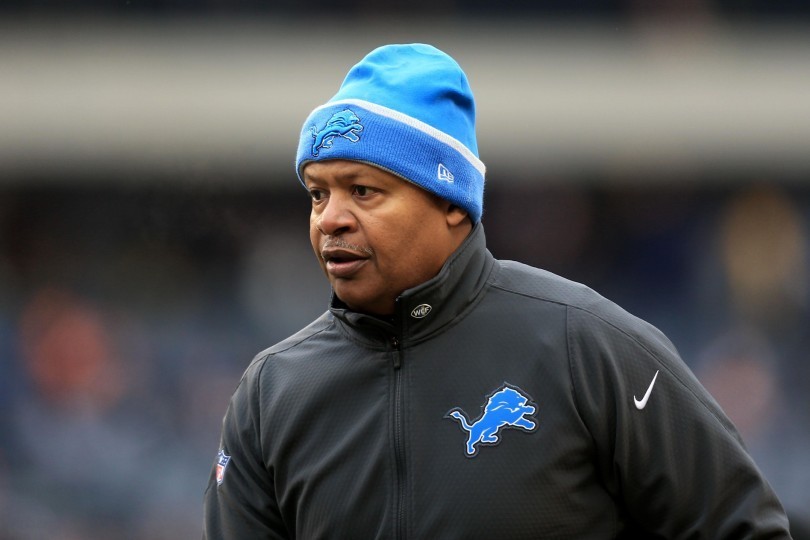 Lions head coach Jim Caldwell is not safe either

The NFL is a cloudy place right now. Multiple coaches have been fired, and there are still others up in the air.  After losing his seventh playoff game, many thought that Marvin Lewis would be gone as the head coach of the Bengals, but that is not the case. According to Adam Schefter, Lewis seems to be safe. The Bengals could however lose Hue Jackson.  According to Ralph Vacchiano reports that OC Ben McAdoo and Jaguars assistant HC Doug Marrone have emerged as the “early favorites” for the Giants’ head-coaching job. According to Vacchiano’s sources, DC Steve Spagnuolo and Lions DC Teryl Austin, who have both interviewed for the job, are unlikely to get serious consideration for the job. The Giants are also expected to interview former Falcons head coach Mike Smith.

The Lions are in a pickle as well. The team hired Bob Quinn as their new GM and it looks like head coach Jim Caldwell may be on the way out already in Detroit. Jim Bob Cooter and Teryl Austin might be on the way out too….

@RapSheet – Ian Rapoport
#Lions coach Jim Caldwell will meet with team brass, including GM Bob Quinn. Despite the finish, it doesn’t look good for him. No firm word.

Mark Dominick the former general manager of the Buccaneers feels that the team will hire Bucs OC Dirk Koetter as their next head coach. Dominick did state that one coach they really like is still in the playoffs. Josina Anderson feels that coach is Cardinals OC Harold Goodwin, who interviewed for the position last week.

Browns are very interested in Bengals offensive coordinator Hue Jackson and it sounds like the feelings are mutual.

ESPN Cleveland (@ESPNCleveland)
39 mins ago – View on Twitter
McManamon: I think the #Browns are very interested in Hue Jackson and I wouldn’t dismiss Matt Patricia.

57 mins ago – View on Twitter
Been told by a #Browns source that #Bengals OC H. Jackson is “quite interested” in CLE HC job. Likes the young pieces there & location. #NFL

The 49ers had a great interview with Dirk Koetter according to Rick Stroud from the Tampa Bay Times.  Hue Jackson has long been rumored as the 49ers’ top target, but he may need more convincing. San Francisco also has interviewed ex-Eagles coach Chip Kelly, Bucs OC Dirk Koetter, Browns OC John DeFilippo and Bills RBs coach Anthony Lynn.
Last night the Buffalo Bills did add Rob Ryan to their defensive staff, which will be interesting addition.  Many feel it will blow up in Rex’s face, but who knows if the brothers can work together to get something accomplished.
Related TopicsNFLnfl 2015NFL ColtsNFL DraftNFL Draft Newsnfl draft notesNFL Draft PickNFL Draft Prospectsnfl draft rumorsNFL newsnfl rbsnfl teamnfl transactionsnfl wire Coaching rumors