Buffalo Bills have hired Ed Reed as a defensive assistant 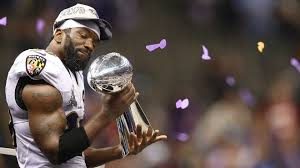 The Buffalo Bills defensive backs will have quite the new coach to learn from this offseason: the organization announced on Wednesday night that it has hired Ed Reed as assistant defensive backs coach.

A five-time first-team All-Pro, nine-time Pro Bowler and 2004 NFL defensive player of the year, Reed last played in 2013 season, when he split time between the Houston Texans and New York Jets. He will be remembered as a player, however, as a Baltimore Ravens, where he spent the first 11 years of his career.