Buffalo Bills add Rob Ryan to their staff; Give Doug Whaley an extension 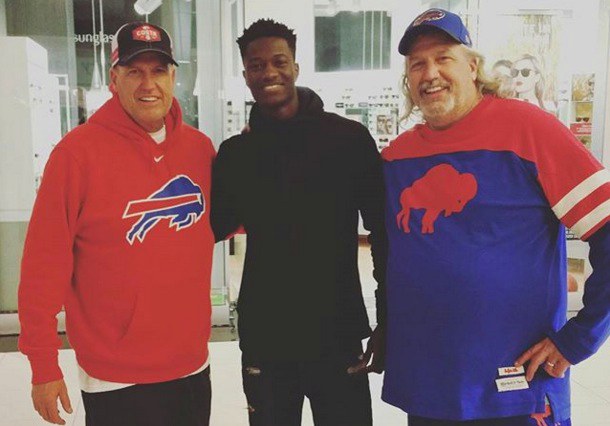 Rob Ryan is joining forces with his brother Rex

Today the Buffalo Bills had a busy day. First off Kim Pegula announced that Doug Whaley the team’s General Manager was given an extension, showing a picture of Whaley signing his deal.

A few hours later, Alex Marvez of Fox Sports reported on Twitter that the Bills have added Rob Ryan to their coaching staff. This is the report from ESPN.com:

It’s unclear what title the team will give Rob Ryan. The Bills have yet to announce any changes to their defensive coaching staff, which was led last season by coordinator and longtime Rex Ryan assistant Dennis Thurman.

The Ryan brothers have not worked on the same staff since 1995, when both were assistants with the Arizona Cardinals under their father, Buddy Ryan.

The Bills could land on HBO’s Hard Knocks, could you imagine those two guys on Hard Knocks?

Rob Ryan was officially hired as Assistant head coach/Defense Sunday by the Bills. Ryan, 53, is an 18-year coaching veteran of the NFL, the last dozen of which have been spent as a defensive coordinator.