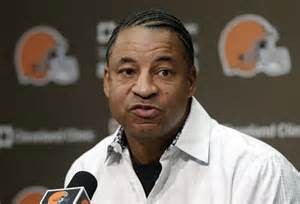 Browns could be bringing back a familiar face in Ray Horton

Hue Jackson will meet with Titans defensive coordinator Ray Horton, who served in the same position for the Browns in 2013 under Rob Chudzinski, according to Ian Rapoport of NFL Media Insiders. Since Horton is still under contract in Tennessee, the Browns needed permission to speak to Horton, in which they were given the green light.

Jackson is also reportedly meeting with former Cowboys defensive coordinator Brian Stewart for an undisclosed position on his staff, according to Scott Petrak of the Chronicle-Telegram. Stewart served under Wade Phillips for two season in 2007 and 2008 and spent this past season as the defensive backs coach at the University of Nebraska.