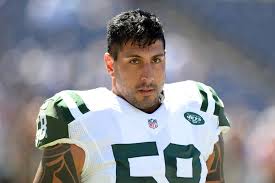 The Arizona Cardinals are ready to take on the Green Bay Packers and they are already looking for depth players. According to Field Yates of ESPN, the Cardinals worked out both Jason Babin and Matt Shaughnessy today.

Technically, both could be signed and start this week, but that is if the Cardinals decide to do so, according to Pro Football Talk.  Here is a piece they wrote about each player.

Babin spent a month with the Ravens during the regular season after failing to make the Jets out of training camp. He played two games with Baltimore before getting released and has 64.5 sacks during a career that started with the Texans in 2004.

Shaughnessy spent the last two seasons with the Cardinals before being released when the team dropped to 53 players in September, so he’s familiar with their defensive scheme. He saw action in 24 games and recorded 53 tackles, three sacks and a forced fumble during his time with Arizona.

Source: the Cardinals tried out a pair of notable veteran OLB’s, Jason Babin and Matt Shaughnessy.