Antonio Brown may not be faking after all; Steelers WR ruled out against Broncos 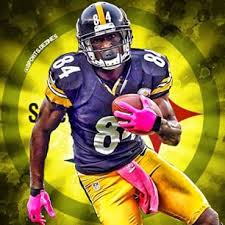 Antonio Brown will miss the game this week against the Broncos

Well I guess we are waiting on that apology Pac Man.

Wide receiver Antonio Brown (concussion) was ruled out on Friday morning, according to the Steelers. Brown had 119 receiving yards off seven receptions against the Bengals in a manic Wild Card game.

Brown was, once again, the best receiver in football this season. He finished with 136 catches for 1,834 yards and 10 touchdowns, despite the fact that Ben Roethlisberger was missing for chunks of the year. This loss will be huge for the Steelers.