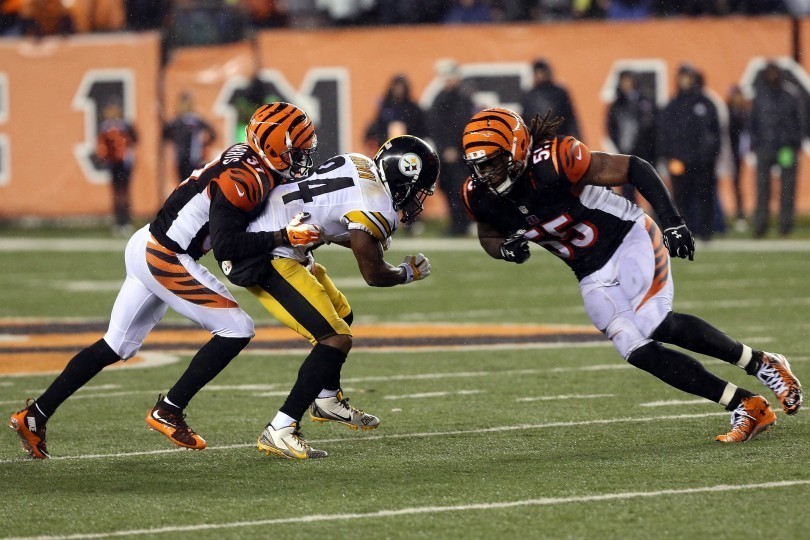 Did Antonio Brown of the Steelers fake his injury against the Bengals when Vontaze Burfict hit him?  That is what Pac Man Jones thinks.  In an interview with the Dan Patrick Show, Pac Man feels Antonio Brown deserves a Grammy for his acting.  Here is the video provided by TMZ Sports.

Deion Sanders feels that Vontaze tried holding back, what do you think?

“You got a helmet on, you in full gear on an NFL field,” Sanders said on NFL Network after the game. “Nobody’s defenseless in the NFL game. That’s one issue, the second issue is I really feel like Burfict was really trying to avoid this hit because the way he held is shoulder in.”