49ers are considering Jim O’Neil for their defensive coordinator position? WHY? 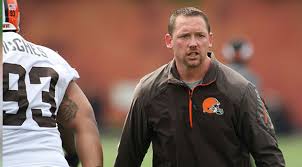 Browns former defensive coordinator could be landing another job.

Jim O’Neil might be the worst defensive minded coach in the entire NFL. This is the guy that benched Pierre Desir, and Justin Gilbert to play Johnson Bademosi.  I am sorry, this guy is a horrible football mind. People inside the actual Browns organization and players did not want Jim O’Neil as their defensive coordinator.

The 49ers have a way better coach in Jason Tarver, I hope they make the right decision, because O’Neil is not a good defensive mind.

According to Rand Getlin the 49ers are considering him for their defensive coordinator, if that happens I would not be surprised to see them lose 10 games.

I’m told former #Browns defensive coordinator Jim O’Neil is a strong candidate for the same job with the #49ers. May be the new favorite.