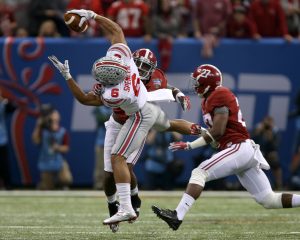 Today the Tampa Bay Buccaneers were busy adding depth to their roster. The team promoted Evan Spencer from Ohio State University.  Spencer was drafted in the sixth round of the 2015 NFL Draft by the Washington Redskins.

Spencer is the youngest son of retired NFL running back and current running backs coach for the Tampa Bay Buccaneers, Tim Spencer. Spencer’s older brother, Cole, is an area scout with the Washington Redskins. During the 2015 NFL Draft, Cole called on behalf of the Redskins to tell his younger brother that he was going to be drafted.