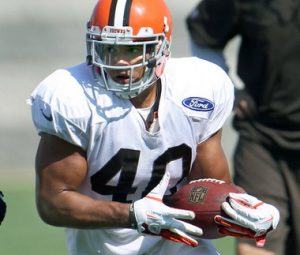 Former Northern Iowa linebacker LJ Fort is back on a fifty three man roster. The former tackle machine for the Panthers has been promoted today to the Steelers roster. In a corresponding move the team placed Roosevelt Nix on the injured reserve.

In LJ Fort’s first ever start as an undrafted free agent for the Browns the linebacker racked up a sack, an interception and a heck of a game against Michael Vick.  Fort will get another shot to prove he belongs, in which we feel he does. Good Luck brother in Christ!!!