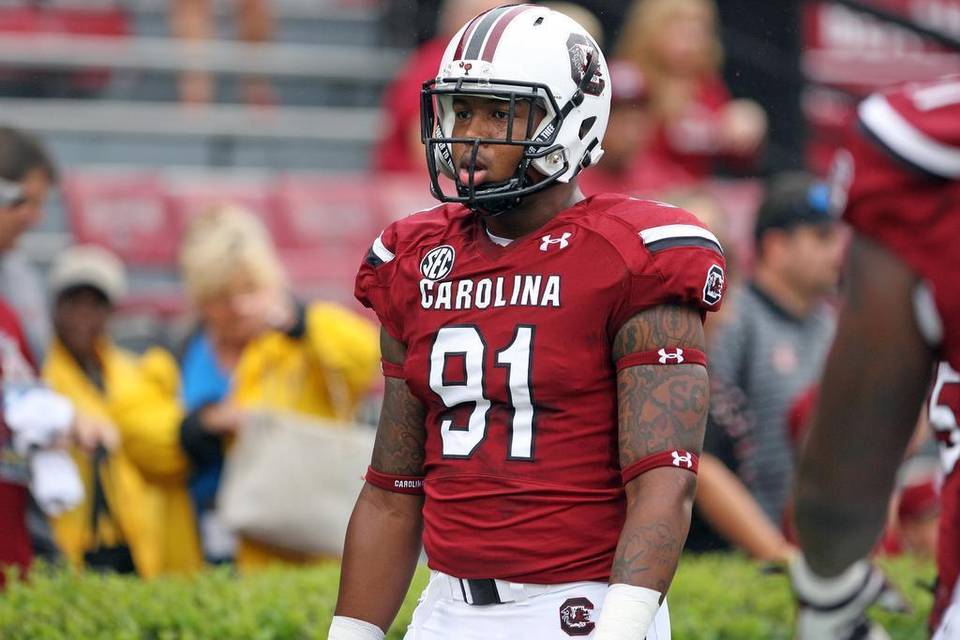 South Carolina freshman defensive end Shameik Blackshear was shot multiple times Wednesday evening at an apartment complex marketed to University of South Carolina students, according to multiple reports. Blackshear played the final two games of the season and was a four star recruit for the Gamecocks.

According to the State in South Carolina, Blackshear was the victim of the shooting and said he was shot in the upper and lower body outside one of the apartment buildings.

According to the Columbia police, who did not identify Blackshear by name, the victim of the shooting was in serious condition Thursday. One source told The State that Blackshear is expected to recover.

Columbia police officials said the shooting occurred at the Club at Carolina Stadium, located at 100 Catawba Circle – just a stone’s throw from the Founder’s Park stadium used by the USC baseball team – at 9:30 p.m. Wednesday.