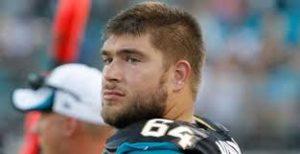 Seahawks have signed Drew Nowak to their practice squad

Today the Seattle Seahawks released former Arena Football League standout Douglas McNeil from their practice squad. McNeil also played for the Portland Thunder of the Arena Football League (AFL). He attended Virginia Tech, James Madison University and Bowie State University and was a member of their football team. Over his three-year career at Bowie State, he made 84 receptions for 1,407 yards and 11 touchdowns.

Today he was released so the team could sign Drew Nowak. Nowak was signed by the Jacksonville Jaguars as an undrafted free agent in 2012. He played college football at Western Michigan. Nowak has played both sides of the football. He can play both center and defensive tackle.