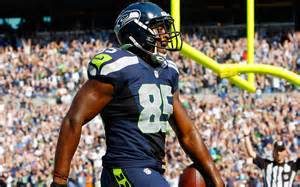 Anthony McCoy is back home in Seattle

McCoy, who spent part of this season with Washington, was drafted by the Seahawks in the sixth round of the 2010 draft out of USC, and played three seasons in Seattle before Achilles injuries caused him to miss all of the 2013 and 2014 seasons.

The Seahawks also signed Akeem Davis. Davis spent rookie minicamp in 2013 with the Seahawks after going undrafted out of Memphis, then spent the 2014 season with Washington and part of 2015 in New Orleans. Most recently, Davis was a member of Tampa Bay’s practice squad this season.

The Seahawks also made practice squad moves, signing receiver Douglas McNeil III, who spent training camp with Seattle and had previously been on the practice squad this season.