Ravens worked out 2 linebackers and a defensive lineman 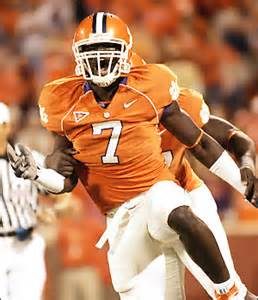 Ricky Sapp was drafted by the Philadelphia Eagles in the fifth round of the 2010 NFL Draft. He played college football at Clemson.

Chris Carter was drafted by the Pittsburgh Steelers in the fifth round of the 2011 NFL Draft. He played college football at Fresno State.

Nordly Cap Capi was signed as an undrafted free agent by the Jacksonville Jaguars last year and played his college ball at Akron.