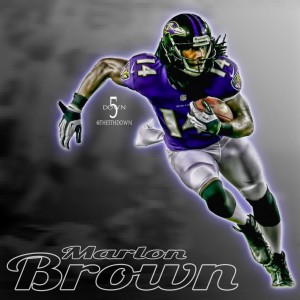 Marlon Brown has been placed on the injured reserve

Wide receiver Marlon Brown became the Baltimore Ravens’ 20th player placed on injured reserve this season, which is the Ravens’ most in the eight-year John Harbaugh era.

The Ravens had set the mark last year when they had 19 players on IR. This season, Baltimore (5-10) tops the NFL with 20 players on IR in what has been a rough 20th anniversary season.

In a corresponding move the team signed defensive back Sheldon Price.