Ravens have placed Chris Canty on I/R; Waive one and promote two from their PS 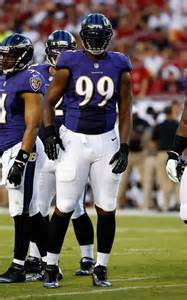 Ravens defensive end Chris Canty is done of the year

To fill those three roster spots, the Ravens signed Mallett, and promoted running back Terrence McGee and cornerback Jumal Rolle from their practice squad.

Canty was drafted by theDallas Cowboys in the fourth round of the 2005 NFL Draft. He has also played for the New York Giants, winning Super Bowl XLVI with them in 2011. He played college football at Virginia.