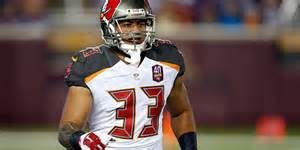 Two weeks ago Joey Iosefa the former Hawaii power back ran a player over and was being talked about by Patriots fans around the world.  Today the team released Iosefa.

The hybrid full back and running back had 15 carries for 51 yards in two games with the Patriots.

Iosefa’s made highlight reels against the Titans, when the 247-pounder barreled over Tennessee cornerback Coty Sensabaugh. The Patriots signed Iosefa to their practice squad back in October before they promoted to their active roster a few weeks ago. Iosefa was drafted by the Buccaneers, and we would not be surprised if he was claimed via the waiver wire tomorrow. The Raiders seem like a team that could use him with Marcel Reece getting suspended.