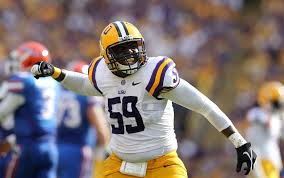 The Green Bay Packers released former LSU Tiger outside linebacker Jermauria Rasco from the injured reserve.  The timing is strange considering that Rasco has been on injured reserve all year long.

Rasco was with the Packers in training camp before injuring his shoulder in the preseason finale. He did have a sack in the preseason, but did not make a tremendous impact.

Carrying a rookie on injured reserve sometimes indicates the team interested in keeping the player until next season, but based on Monday’s transaction, that wouldn’t appear to be the case.