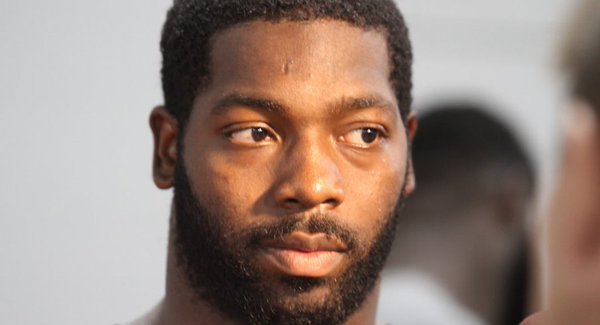 Adolphus Washington is considered a first round pick from Ohio State University, and today he was arrested for solicitation.  Here is my question, will his stock drop?  Another question is will he be suspended for the Fiesta Bowl?

These are the questions I would like to be answered but they are probably not going to do anything anyway to him. The news was first reported by ABC6/FOX28 in Columbus, who says discipline for Washington “will be handled internally,” according to Ohio State.

So let me ask you what you think?  Will he be suspended for the game against Notre Dame?  I highly doubt it.  Also I have been asked whether it will drop his stock for NFL teams.  I would like to say ABSOLUTELY NOT.  I cannot see how a solicitation charge will mess him up.  He didn’t hurt anyone, but you never now.

Washington, a second-team All-Big Ten selection by both the coaches and media, is seventh on the team with 49 tackles. He also has seven tackles for loss, 4.0 sacks and a forced fumble on the season, blossoming after the departure of Michael Bennett for the No. 7 Buckeyes.