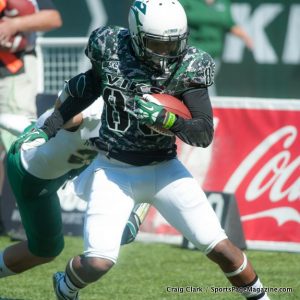 Visit elementary schools around the area and read books to the kids, also listen to them read to me.

My role models are my parents because of seeing what they had to go through to provide for me and my brothers and sisters From working multiply jobs, working grave yard shifts, they always put us first and I respect them dearly for that. Hardest working people I ever met!

I ran track and played basketball growing up.

I played quarterback my whole life, I also played some free safety in high school.

My route running ability, my ball tracking skills, and also being able to play both slot and out wide.

What certain players on the defense do to give away the coverage and also study the tendencies of who I would be going against the whole game.

It would have to be either Andrew Hawkins or Jarvis Landry. Not the biggest or fastest at the position but seems to always find a way to be open.

Going to end zone getting down on one knee and thanking the man upstairs for how far I came. 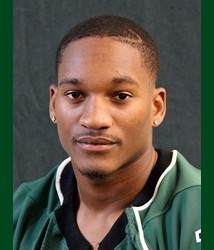 I feel it’s harder to gain respect and exposure that the FBS schools/players automatically get. Also some people will always question the strength of competition you go against being a smaller school guy.

Running routes vs man coverage, being able to gain enough separation coming out of my break

I’m willing to do whatever it takes/ play any role to make this team sir.

Michael Vick/ Reggie Bush and the Raiders were my favorite team growing up.

My Mom something very nice!