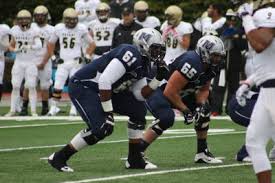 Rotchill Medor is a big man from the wonderful city of New York. He will have a great shot at getting a call from and NFL team

My Role Model Is Akon He Was Able To Bring Electricity To 600 Million People In Africa ;; I Want Impact The People In My City In A Way Just Like He Did For The People Of His Country

I Played Defensive Tackle When I 1st Started Playing Football

My Teammate Darnell Leslie ;; He Has V12 Motor And Endless Pass Rush Moves 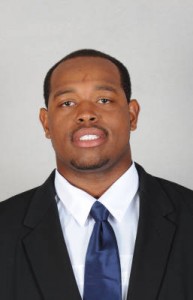 Jason Peters Of The Philadelphia Eagles ;; Because He Is Competitive, Aggressive, And Consistent

The Biggest Obstacle I Had To Face Was Growing Up In My Neighborhood ;; I Overcame It By Taking Football Serious So I Could Earn A Scholarship And Go To College

The Morning Of A Game I Had To Do 200 Push Ups And Sit Ups While Listening To Fabolous “From Nothing To Something” Album ;; And I Have To Make Sure I Have A Bowl Of Mixed Fruit Before We Go Out For Pre Game

My Ability To Out Work People

Being Too Aggressive At Times That Might Cause A Penalty

You Won’t Regret Investing In Me Because I Will Put In The Ground Work And Compete Everyday To Get Better Than I Was The Day Before. I Am A Student Of The Game And Want To Get Coached Up To Become The Best Player I Can Be. I Can Play Both Sides Of The Offensive Line And Can Play Either Guard Or Tackle On Each Side.

My Favorite Player Growing Up Was Ray Lewis ;; My Favorite Team Is The Jets