What is your Height/Weight:

What is your position:

Where do you play college football:

Football is about giving back, what is the coolest thing you have done off the field:

We went to a local elementary school in Jacksonville during FCAT week, and I was able to be one of the greeters for the kids coming in. It was really cool to be able to encourage them, and show them how much education would matter going forward no matter what their dreams were.

What was the hardest college class you ever had to take:

Where are you from:

Who is your role model, and why:

My parents, because they’ve had to work for everything they’ve ever gotten. They’ve given me that same strong work ethic that I respect so much.

Did you play any other sports growing up:

Yeah, I played soccer and baseball. I also did Shot Put in Track.

Did you play any other positions in football:

In high school, I played all 3 positions on offensive line, and defensive tackle, defensive end and middle linebacker.

At your position, what separates you from others:

A one of a kind nasty streak, intelligence, and great footwork.

When you are breaking down film, what do you look for:

I look for certain tendencies in the player and the defense I’m going again. For example, what is their favorite pass rush move on certain downs, how do they play certain run blocks, and what situations do they like to blitz in.

Who was the toughest player you ever faced: 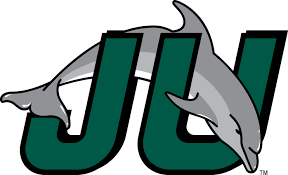 If you could compare your play to one player in the NFL who would it be and why:

Ryan Kalil, center for Carolina Panthers. I feel like he plays the game with an unmatched intensity, and is still very technically sound.

What was the biggest obstacle in your life you had to overcome, and how did you overcome it:

My family has gone through some tough times, and during those I focused on football. I was able to keep mentally focused, and use everything in my game.

Do you have any pre-game rituals:

I listen to my favorite music, and picture myself making big time blocks.

As a small school football player what obstacles do you feel you have to overcome:

Exposure is the biggest problem I’ve come across, and there’s always questions about the level of competition as well. But I’ve played some of the toughest guys out there.

What is your biggest strength:

My ability to keep my own play strong, but also take care of the rest of the line. I pride myself on being a leader.

What is your biggest weakness:

I need to watch more film. I feel like you can never watch enough.

If I were a GM and gave you a second to sell yourself, what would you say:

I’m the guy that’s going to protect your quarterback, lead your line, and give your Organization the right image of the field.

Who was your favorite player and/or NFL team growing up:

If you could have dinner with three people dead or alive, who would you choose:

Jesus, Bear Bryant and my grandfather.

With your first NFL paycheck what would you buy:

Buy something very special for my mom.