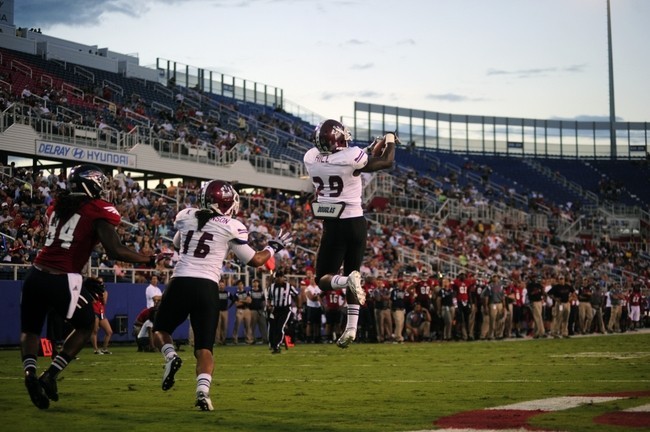 Whenever we have a football camp for the little kids being able to go out and play with them and seeing their love for game, reminds me of myself when I was growing with dreams of playing as at the pro level.

My Father he has been one of my biggest supporters along with my mother, but he has shown me how a man is supposed to treat his wife and kids.

Growing up I played baseball, basketball, and ran track.

In HS I played Wideout and Running Back

I feel like athletically I can compete with the best of them, but my football IQ is what separates me.

Beside tendencies and formation I look for any hand gestures from the QB or Wideout that indicate a certain pass or hot route. I also like to look at the receiver splits that correlate with their routes.

LaQuan Treadwell was probably the best receiver I went against.

I believe that Buster Skrine corner and Nickel from the Jets I believe we are versatile athletes who love to compete.

I feel like I have always been overlooked or under estimated because of my height. Athletically I can run a jump with the best of them. I just use the doubter for motivation to compete a high level.

My father sends me a prayer before each game.

As a small school footbal 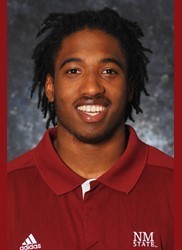 l player what obstacles do you feel you have to overcome?

At smaller schools we do not get the exposure like the bigger schools do. Which helps to catch the eyes of the scouts.

My knowledge of the game and my speed and jumping ability.

I would have to say my size gets me overlooked.

With me you’re getting an athlete who loves to compete on all plays including special teams, and help the team in any way. I have an extreme hunger for the game. I love to learn more of the game and be around the game.

Deion Sanders and The Dallas Cowboys.

LeBron James he has to be my favorite player right now. I believe he is a good character guy who is making history on and off the court.

I would a Jeep Wrangler Black on Black.