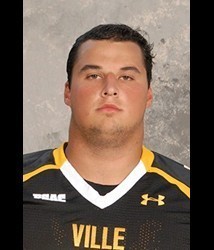 Supporting the St. Baldrick’s Foundation. As a team we all shaved our heads to raise money for the charity!

My Father. He taught me about the meaning of hard work. How to be a man of your word and to take responsibility for your actions.

Yes, in high school I also played on the defensive line. In College I have played Left Tackle and Center.

I believe my speed, athleticism as well as durability and adaptability. I was fortunate enough to have started and play all 44 consecutive games. Starting as a true freshman from game one and starting and playing every game through my senior year. I can play all of the OL positions

When reviewing film on my play I look at my footwork and if I made the right reads. I also look for any adjustments that I may need to make to my snaps. When reviewing my opponents I look for pass rush tendencies, rotations between the defensive front. I would also look to see how the Linebackers flow and if they are aggressive to the run or more of a read style player.

One my teammates. A DL. His name was Doug Henniger. He was relentless and had a heck of a motor.

Jason Kelce / Philadelphia Eagles. I think Jason is extremely athletic. I believe that one of my strengths is my athleticism.

The biggest obstacle would have been me. I had to get my head right and believe in myself. I dedicated myself to hard work and conditioning and got into the best shape of my life just before reporting to camp for my freshman year. It paid off and the results followed. 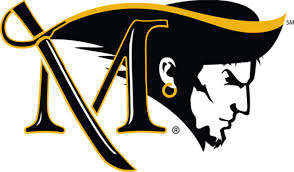 I know that I have to prove that I can play at the next level. I am prepared to do so.

My speed, agility and durability

At times I try to do too much.

I am a player that brings speed and athleticism connected to a bigger frame to a position not known for it. I have the ability to get into open space. I have proven my durability and love for the game through my commitment. I started at Left Tackle my freshman year (true freshman) and received the team’s Rookie of the Year Award.

I would probably look to purchase a home and a new truck.