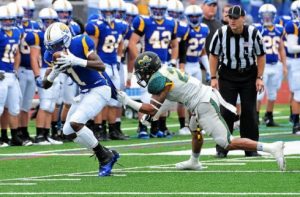 Football is about giving back, what is the coolest thing you have ever done to give back?

My footwork, the ability to separate from defenders is crucial & also my straight line speed to threaten CBs and effective run routes off of the vertical stem

Frequency of coverages for every down & distances, the alignment of safeties and Corners presnap, the technique in coverage of each DB

Randall Cobb, his crisp route running and versatility to play inside outside and return ability and even being able to run the ball makes him a difficult player to contain

My parents splitting up before I reached middle school really affected my mental state being such a young boy trying to understand life I struggled to grasp why my parents weren’t together. However I taught myself at a young age that my life was determined by the decisions I made I can never change the past but I can use my experiences to change my future. 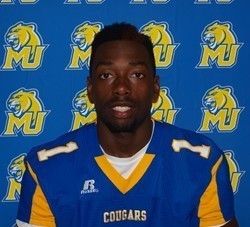 The feeling of inadequacy

My work ethic and determination is unmatched, I have fought my entire life against the odds to make my dreams of being in the NFL reality regardless of whether you give me the chance or not my journey does not stop I will not give up on a goal that I have set out for myself 12 years ago.

I would split the paycheck in half then give both of my parents each one half of the check for taking care of me for so many years.