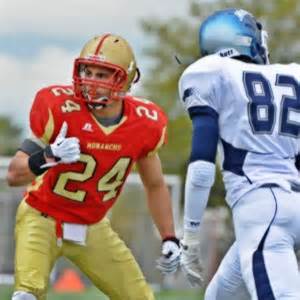 Justin Burke of Kings College is a fun player to watch on film. He is aggressive and has good hands

Go to my high school during the summer and work out with the kids giving them a role model to look up too.

My father, I’ve never met someone with such fight. When he’s at his lowest you’ll never be able to tell. Always trying to help other even if he doesn’t have a clue who you are.

Being able to read wide outs also my speed and athleticism 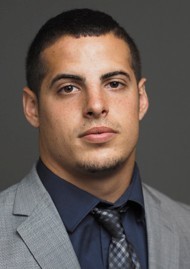 Little tips on his alignment, if they get flustered easily. Depth of routes depending on down and distance. Also little clues the QB gives away pre snap

Tyrann Mathieu, because I can play corner, nickel, even play safety, don’t mind being in the box. Always around the football making a big play game in and out.

The biggest obstacle I had to over come was having to step away from football for a full seasons. How I over came it was finding myself and realizing what was important in my life and I am thankful for Kings College for giving me a second chance to play football again

Getting noticed. I feel that I have the skills to play vs d1 players but not having the opportunity to play against them makes scouts second guess if they should even look at you.

I need to work on my footwork. Very raw

I would pay off any debt that my Dad has.